To share your memory on the wall of Cheri Condreay, sign in using one of the following options:

In the 1970’s, Cheri began attending classes at Pierce College to attain her Real Estate License with the state of California. Her real estate career led her to buy the family home in Northridge. She went on to have a successful and award-winning career selling numerous homes and working for some of the largest real estate companies in the greater Los Angeles area. She finished her career at The Olson Agency in Porter Ranch where her license remained active up until her passing.

After her husband retired in 2003, they spent many years traveling the world together. Traveling was something she loved most, with her most recent trip being to Asia in the fall 2019. She joined the Red Hat Society and was an active member of the Gilded Red Roses in which she attended numerous events and lunches, making lots of friends along the way. She was also an active member of the Canadian Women’s Club of Los Angeles. Cheri has always been active and outgoing with a very strong sense of direction. She was very headstrong, steadfast and never wavered in her opinions. On the other hand, she was also very loving, caring and generous in every sense. She would go out of her way to help you if ever need be. She was a firm believer in holiday traditions and was always trying to plan a date for the family to get together. She even continued to buy the kids Easter baskets with chocolate bunnies every year even though they were in there 20’s and far from being little kids. In her eyes they were always kids. Cheri was a loving wife to Jerry, Mother to David and Daniel and Grandmother to Matthew, Michelle, Stephanie, Catherine, and Christopher.

She is incredibly loved and will be missed by all.
Read Less

To send flowers to the family or plant a tree in memory of Cheri Ann Condreay, please visit our Heartfelt Sympathies Store.

Receive notifications about information and event scheduling for Cheri

There are no events scheduled. You can still show your support by sending flowers directly to the family, or planting a memorial tree in memory of Cheri Ann Condreay.
Visit the Heartfelt Sympathies Store

We encourage you to share your most beloved memories of Cheri here, so that the family and other loved ones can always see it. You can upload cherished photographs, or share your favorite stories, and can even comment on those shared by others.

Posted Apr 14, 2020 at 05:41pm
As you grieve know that we are remembering you and honoring the memory of "Cheri Condreay". 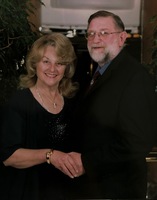