To share your memory on the wall of Clifford Mansfield, sign in using one of the following options:

Provide comfort for the family by sending flowers or planting a tree in memory of Clifford Mansfield.

Provide comfort for the family of Clifford Mansfield with a meaningful gesture of sympathy.

Clifford Allan Mansfield was born June 5, 1927, in Philadelphia, Pennsylvania, the only child of
Emma and Allan Mansfield. He spent his earliest years living on a farm in nearby
Mechanicsville, before moving to Long Branch, New Jersey.

Cliff graduated from Long Branch High School in 1944 and was soon drafted into the Army. It
was while Cliff was stationed at Fort Riley, Kansas, that Sgt. Mansfield met and married Marie
Dowdell. It was also at Fort Riley in October 1949 that Cliff contracted polio. He spent eight
months at Brooke Army Hospital in San San Antonio, Texas, regaining all but the use of his legs
during what was a slow and painful recovery. Unlike many of his fellow polio patients, Cliff never
gave up. He battled back and in 1950 brought his young family to California where he was
enrolled at UCLA. Cliff graduated in 1955 with a degree in Accounting, and always remained a
proud Bruin.

Cliff began a long and distinguished career working for the County of Los Angeles. He was
known to be a man of the highest integrity and ability and was held in the highest regard by his
his friends and colleagues. He rose through the ranks to become the Chief Accountant for the
County and he served as a member and chairman of the Statewide Accounting Chiefs Assn.
After retirement in 1988 Cliff remained active as a consultant and volunteering as a member of
the Special Review Committee of the Government Finance Officers Assn. He also volunteered
his time in the community, including with United Way of Los Angeles and as a member of the
Citizens Oversight Committee for LAUSD’s first successful school bond measure.

Cliff’s wife Marie died in 1968, and in 1971 he married Cecelia Cutright. Cliff and Cecelia were
married at Westwood Hills Christian Church, where Cliff was a member from his student days at
UCLA and they remained active members. Together they have is five sons. Cliff is survived by
Sterling (Lynda), Stephen (Janey), Jeffrey (Jan), Andrew (Blythe) and Guy (Yoko), five
grandchildren and two great grandchildren.

He loved Cecelia and his family. He loved his church. He enjoyed traveling while he was able.
He was an avid Dodger fan and he always enjoyed watching the Bruins play, especially
basketball games at Pauley Pavillion. Cliff is remembered as a gentle, kind and generous man.
He handled adversity with grace, embraced difficulty without bitterness and overcame obstacles
without anger.

To send flowers to the family or plant a tree in memory of Clifford Allan Mansfield, please visit our Heartfelt Sympathies Store.
Read Less

Receive notifications about information and event scheduling for Clifford 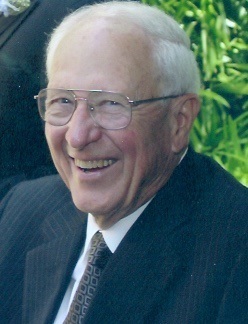 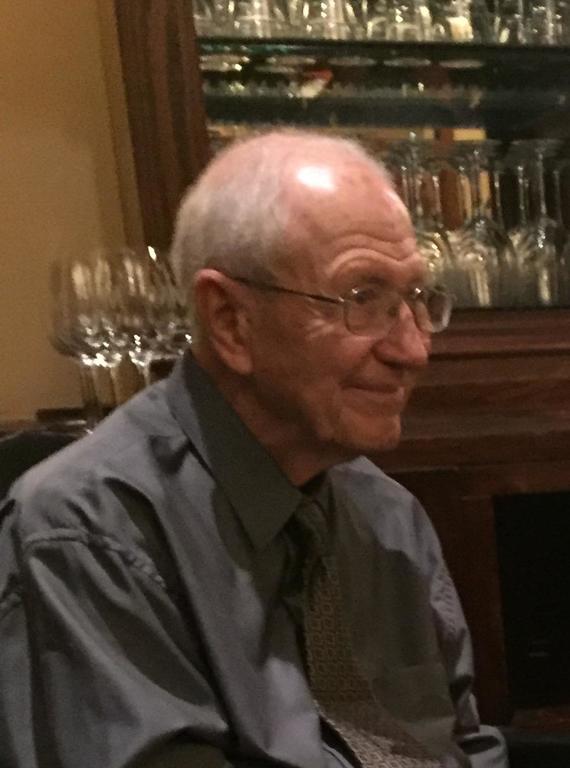 We encourage you to share any memorable photos or stories about Clifford. All tributes placed on and purchased through this memorial website will remain on in perpetuity for generations.

J treves, Kathy and Duncan Moffat, and other have sent flowers to the family of Clifford Allan Mansfield.
Show you care by sending flowers
Hand delivered by a local florist

J treves, Kathy and Duncan Moffat, and other have sent flowers to the family of Clifford Allan Mansfield.
Show you care by sending flowers
Hand delivered by a local florist
KS

Cliff will live on in the memories of those who knew and loved him. With this gift our hope is to see him in the trees around us and hear his laughter in the whisper of the wind through their leaves.

Cliff will always remain in our thoughts and hearts.Love and hugs, Joe and Josette Treves

We would like to express our sincere condolences to you and your family. With deep sympathy, we share your sorrow, after the tears have dried and the goodbyes have been said, all we have to hold onto are the happy memories that we’ve shared with our loved ones who have passed, this is what keeps them alive in our hearts and in our minds, and they will continue to live on, through us. May God give you the strength to endure the pain you are going through and may he embrace you and comfort your family during this difficult time."Jesus said to her: 'I am the resurrection and the life. The one who exercises faith in me, even though he dies, will come to life.'"-John 11:25
Comment | Share Posted Feb 28, 2019 at 06:33pm via Condolence
KM

Dear Cecelia and Family,
What a wonderful man! We loved knowing Cliff, and we are holding you in our hearts and prayers.
With love,
Kathy and Duncan

My condolences to the family and friends of Cliff. Continue to let your fond memories warm your hearts as you await the fulfillment of God’s promise to resurrect our loved ones. John 5:28, 29
Comment | Share Posted Feb 28, 2019 at 05:03am via Condolence