To share your memory on the wall of Dorothy McIntosh, sign in using one of the following options:

Provide comfort for the family by sending flowers or planting a tree in memory of Dorothy McIntosh.

Provide comfort for the family of Dorothy McIntosh with a meaningful gesture of sympathy.

Dorothy was her own woman. She had definite opinions on almost every topic. She was a devoted animal rescuer before it was popular. She fed multiple stray neighborhood cats after paying to have them all spayed and neutered. She allowed the kitties to lounge poolside on her patio furniture. She adored her rescue dogs, and encouraged her daughters to adopt stray puppies and kittens. She could be very complicated, and you definitely wanted to avoid getting on her bad side. She was a world traveler, an avid reader, a fabulous cook and a frequent hostess. She was fiercely intelligent, easily wounded, loyal, witty and in charge of all family activities. She taught her daughters to be independent, open minded and accepting of differences in people.

Dorothy was preceded in death by her brother Roger Jonrowe and her husband Robert McIntosh M.D. She is survived by her daughters Kimberley Joseph, Ellyn McIntosh M.D. and Marcy McIntosh M.D., granddaughter Jessica Glavin, nieces Hillery Dorris and Jennifer Cumbo, nephew George McIntosh PH.D, grandniece Katherine McIntosh, and grandnephews Roger and Evan Dorris. She will be buried privately by her family.

To send flowers to the family or plant a tree in memory of Dorothy Ruth McIntosh, please visit our Heartfelt Sympathies Store.
Read Less

Receive notifications about information and event scheduling for Dorothy 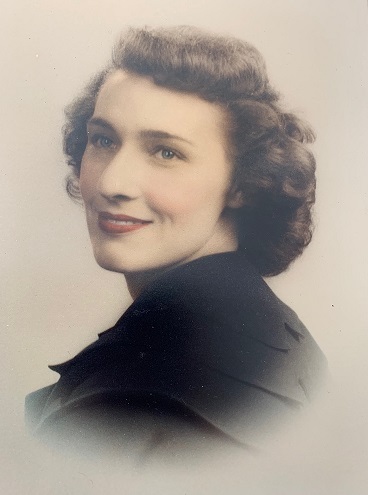 We encourage you to share any memorable photos or stories about Dorothy. All tributes placed on and purchased through this memorial website will remain on in perpetuity for generations.

Sending my deepest condolences to the family in your time of need. Hope these words can bring you some comfort through God's word the bible at Rev 21:1-4 one day soon no more pain and suffering.
Comment | Share Posted Jun 12, 2019 at 11:58am via Condolence
HD

Dorothy was my father's sister. More than an aunt, she was like a mother to me and a grandmother to my two sons.
My father could not have had a better sister. She was unfailingly good to him, even at times when he didn't deserve it.
A relationship with Dorothy could be complicated, but while she tended to be frugal with herself, she was quietly generous with those around her.
I remember when she was well into middle age, she would drive her Lincoln across the country to see her daughter and her beloved granddaughter Jessica, her only companion a snub nose 38 in the glove box. I always thought, that's the kind of woman I want to be.
Early on in her disease she told me once, remember me how I was. I would ask anyone who thinks of her to honor her memory by doing the same.