To share your memory on the wall of Florence Brydle, sign in using one of the following options:

The gesture that can change the world

Florence Mildred Brydle (née Beezer) was born in Philadelphia, PA and passed away
in Albany, Oregon on September 6, 2019.
Florence was driven by her strong ... Read More
Florence M. Brydle

Florence Mildred Brydle (née Beezer) was born in Philadelphia, PA and passed away
in Albany, Oregon on September 6, 2019.
Florence was driven by her strong Christian faith. She was active in many Bible study
and women’s groups. Florence loved gardening, especially her beautiful and colorful
roses, and following the Dodgers. She was a kind, loving and supportive wife, mother
and grandmother. She will be greatly missed by her family and friends.
Florence follows her beloved husband of 53 years, Richard, who passed away in 2017.
Florence is survived by her son Jeff Brydle and daughter-in-law Jan Nishimura Brydle,
daughter Lauren Brydle, and son Glenn Brydle; and her dear granddaughter, Liana
Brydle.
A celebration of Florence’s life will be held on October 5, 2019 at 2:00 PM at
Crawford Mortuary, 8717 Tampa Ave., Northridge, CA.

Memories of my Mom, By Jeff Brydle,

Mom was a nearly perfect housekeeper. The floors never had a spot on them. (However, her taste for
white – not off-white, not beige – carpets proved to be too much of a match for her.) Dishes were
washed after every meal and otherwise, no more than one or two dishes would be in the sink at any
time. Laundry was always separated and washed “just so”, a habit I inherited from her. Fortunately,
she taught us how to do laundry by the time we were 12 years old, so when I moved out I was set.
Mom was a waitress in Atlantic City in the summer during college. I don’t think she enjoyed it that
much, but she gained some mad waitressing skills. She could line up multiple plates on each arm when
clearing the table and never dropped one. It was a little shocking at first to see this tiny woman gather
up 5 or 6 plates on her arm; one would never have expected her to do that.
Mom loved to garden. She found her stride with roses. I learned from Mom that roses are not as hard
to grow as many people think. They just require a little attention. Mom knew just when to feed and
prune her roses and they responded with abundant blooms for her.
We only had one pet when we were growing up (not counting a cat whom we shared with a few other
homes). Mom chose a funny-looking, cow-spotted poodle mix at the pound. The dog instantly fell in
love with Mom, and when she brought him home, he was Mom’s dog first and foremost. She named
him Tagalong (Tags for short), and he certainly lived up to his name. He followed Mom everywhere, all
day. I think Tags kept her from being lonely at home while everyone else was away. Tags could do
poodle tricks like walking on his hind legs for a treat. We were impressed that Dad indulged Mom on
the dog, because he never responded in the slightest to the kids’ entreaties to get a dog. He did learn to
love Tags.
In the 60’s and 70’s, Mom loved to bowl. I fondly remember going to bowling with her when I was too
young for kindergarten. I could watch Sheriff John with the other kids and we got goodies like cookies
that we never had at home.
Mom’s other leisure in the 60’s and 70’s was her bridge group. We kids kind of dreaded bridge night.
This meant that we would get an early dinner and no TV afterwards, but instead we were instructed to
go to our rooms. Sleep, however, was definitely out of the question. These ladies would smoke, drink
and have loud, raucous, laughter-filled bridge games for what seemed an interminable time (it was
probably only 10 PM when they broke up the party). This was a side of Mom’s friends that we were
unaware of until Mom hosted the bridge games.
Later in life, when all the children had moved out of the house, Mom was an active member of the
AGLOW women’s group at Church on the Way. The group was a source of friendship and social activity
as well as Bible study. She met many lifelong friends there and was active with AGLOW for over 25
years.
Mom grew greatly in her faith in her senior years. She found comfort, expression and sharing in her
church community and in her relationship with God. I know she and Dad never worried about the end
of life on earth, but looked forward to it with joy and reassurance.
Read Less

To plant a memorial tree in honor of Florence Brydle, please visit our Heartfelt Sympathies Store.

Provide comfort for the family by sending flowers

We encourage you to share your most beloved memories of Florence here, so that the family and other loved ones can always see it. You can upload cherished photographs, or share your favorite stories, and can even comment on those shared by others.

Plant a Tree in Memory of Florence
Plant a tree 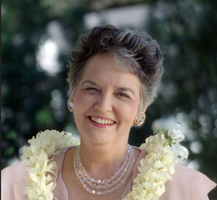