To share your memory on the wall of John Patrone, sign in using one of the following options:

John was born on January 22, 1961 in Worcester, MA to Frank A. and Eileen B. (Salmon) Patrone. He received his Masters in Mass Communication fro... Read More
On Thursday, July 25, 2019, John Daniel Patrone, Esq., loving partner passed away at age 58.

John was born on January 22, 1961 in Worcester, MA to Frank A. and Eileen B. (Salmon) Patrone. He received his Masters in Mass Communication from Boston University and law degree from Boston University School of Law in 1986. Amongst his many achievements he was Corporate Counsel & Director of Government Affairs for MediaOne and Commissioner for the Commonwealth of Massachusetts Department of Telecommunications & Energy. He would later become co-owner of GDH Media in Los Angeles, CA. On May 2, 2003, he met John Patrick Mihelich, his life partner of 16 years.

John had a passion for politics, news, film, and television. Through GDH Media, he would unite these passions; creating his sounding board to webcast, educate, and entertain. He was known for his discerning wit, his determination, his loyalty, and his outspoken spirit. John loved animals, especially dogs. John and John's family included Golden Retrievers Tegan, McGregor, Zoë, Abby, and Cooper.

John was preceded in death by his father, Frank, and his mother, Eileen. He is survived by his partner John, his sister Eileen, his brother Frank, a niece, two nephews, two grandnephews, two aunts, and several cousins. A service celebrating his life will be held in Southern California on Sunday, August 11th, 2019 at the Crawford Mortuary, 8717 Tampa Ave, Northridge, CA between 1 o’clock and 5 o'clock p.m. In lieu of flowers, donations may be made in John's name to the West Valley Animal Shelter, 20655 Plummer St, Chatsworth, CA 91311.
Read Less

To send flowers to the family or plant a tree in memory of John Daniel Patrone, please visit our Heartfelt Sympathies Store.

Receive notifications about information and event scheduling for John

We encourage you to share your most beloved memories of John here, so that the family and other loved ones can always see it. You can upload cherished photographs, or share your favorite stories, and can even comment on those shared by others.

Posted Aug 09, 2019 at 06:37pm
I was saddened to hear of my cousin John’s passing. We were close in age growing up and I have fond memories of the time we spent together as children and young adults. Over the years I have thought often of his warmth and kind soul. To his loving partner and friends on the west coast — may you find some solace in your memories of John. — Lori Catallozzi
Comment Share
Share via: 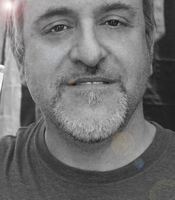