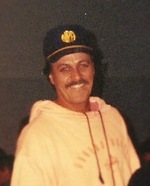 Richard ‘Rick’ Lee Chapman, age 70, died Saturday February 15, 2020 at West Hills Hospital with his family by his side.
Rick was born to William and Marabel Chapman on November 29, 1949 in Los Angeles, CA. He entered the Carpenter’s Union at the age of 19 and worked as a Finish Carpenter for most of his adult life.
Rick loved working with his hands, surfing, spending time outdoors camping fishing and hunting, and being with his family. He was known for his sense of humor, easy laugh and generous nature.
He is survived by his mother, Marabel, his wife, Teri (Monteleone) Chapman, his daughters, Courtney and Britney, his son, Sam, his grandson Trevan, an Aunt and several cousins, nieces, and nephews. He is preceded by his father, William Lee Chapman, and his brother, William Chapman Jr.
A memorial service will be held on February 28 at 11am at Crawford Mortuary, 8717 Tampa Ave., Northridge, CA 91324. A reception will be held following the service at the family’s home 22676 Hamlin St, West Hills Ca, 91307
In lieu of flowers, donations to the family and condolences can be accepted at 22676 Hamlin St, West Hills, CA 91307.