To share your memory on the wall of Vivian Short, sign in using one of the following options:

Provide comfort for the family by sending flowers or planting a tree in memory of Vivian Short.

Provide comfort for the family of Vivian Short with a meaningful gesture of sympathy.

Vivian Amelia Sophie Short was the oldest of three daughters and was born on October 28, 1924 in Walsh, Illinois to Rudolph & Olga Kloth. Shortly after her family moved to Chester, Illinois.

Vivian Amelia Sophie Short was the oldest of three daughters and was born on October 28, 1924 in Walsh, Illinois to Rudolph & Olga Kloth. Shortly after her family moved to Chester, Illinois.

Upon graduation from high school Vivian and 2 girlfriends moved to Chicago and she went to work in the Merchandise Mart building so she could be close to John who was in the Navy stationed at Great Lakes Naval Station during WWII.

On May 11, 1944 Vivian married her high school sweetheart John, to whom she was married for almost seventy one years until John's passing.

Vivian and her family lived in St Louis, Chicago, and San Diego, prior to moving to Northridge on July 1, 1971. She lived in her home in Northridge for almost 48 years until her passing.

To send flowers to the family or plant a tree in memory of Vivian Amelia Short, please visit our Heartfelt Sympathies Store.
Read Less

Receive notifications about information and event scheduling for Vivian 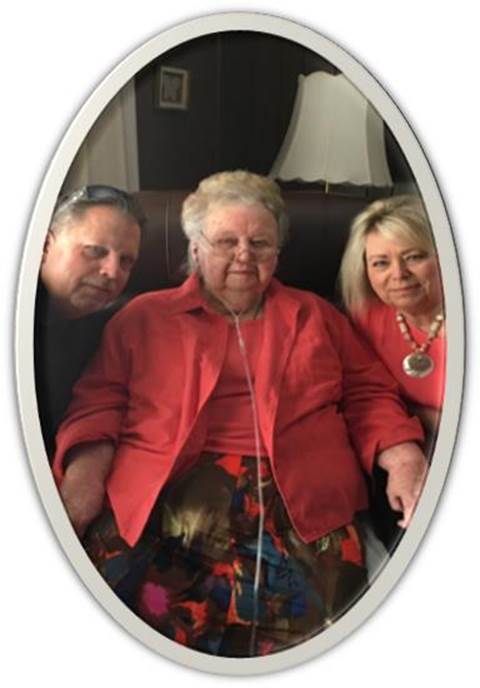 We encourage you to share any memorable photos or stories about Vivian. All tributes placed on and purchased through this memorial website will remain on in perpetuity for generations.

We are holding you close in prayer for comfort and strength as you face the loss of your dear mother.
Comment | Share Posted Apr 22, 2019 at 07:19pm via Condolence
JM

For my first, second Mom, such a special LADY. Rest In Peace sweet Vivian. Love you