To share your memory on the wall of William Hartman , sign in using one of the following options:

He started on the order desk of industrial Electronics Engineers (IEE) in 1959. The company grew from 40 employees to 400 and Bill grew with it. He had different titles during his 30 yera tenure, but eventually rose to the position of president. His professional duties required a lot of world travel.He toured the Orient 32 times and Europe five conducting business with companies that represented IEE products--digital displays. At age 60 he retired and pursued his favorite passtime--golf. As a member of Wood Ranch Golf Club he played almost everyday for 22 years. Poor health took its toll, and he and Sandy left the club approximately seven years ago. He also enjoyed jazz festivals, poker, bridge, cruises, pool, bowling, beach camping when the children were young, and, of course, he loved interacting with his grandchildren and trying to beat them at games,, Bill and Sandy would have celebrated 63 years of marriage in November. Sandy states that it was easy being married to Bill for so many years as he was such a pleasant man of good disposition
Read Less

To send flowers to the family or plant a tree in memory of William Hartman , please visit our Heartfelt Sympathies Store.

Receive notifications about information and event scheduling for William

There are no events scheduled. You can still show your support by sending flowers directly to the family, or planting a memorial tree in memory of William Hartman .
Visit the Heartfelt Sympathies Store

We encourage you to share your most beloved memories of William here, so that the family and other loved ones can always see it. You can upload cherished photographs, or share your favorite stories, and can even comment on those shared by others. 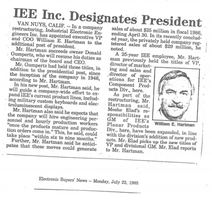 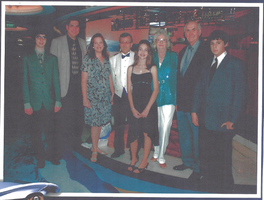 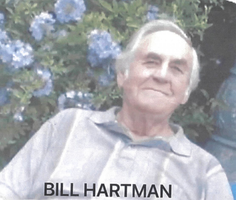